We want your opinion...

Tell Us Something Good!

Search our FastHealth page for all your basic needs and healthcare information to keep your family healthy. 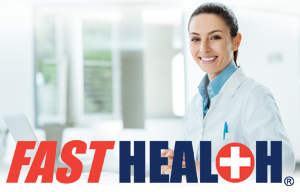 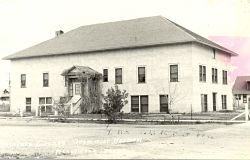 
Serving the medical needs of our region requires many dedicated professionals. The staff of Sheridan Memorial includes one medical doctor, three family nurse practitioners, 3 physician assistants, a contracted radiologist, two radiology techs, four clinical laboratory scientists, physical, occupational and speech therapists, a registered dietitian and 15 plus nurses (both R.N. and L.P.N.). The hospital has both major and minor surgical capabilities.

Sheridan Memorial Hospital Association was established in March of 1922. A new hospital was built in 1953 with an addition constructed in 1964, bringing the total bed capacity to 32. Four years later in 1968, the structure was again expanded, but this time the 27 additional beds were designated for long-term care. The 1968 building project also included a new kitchen and dining area. In 1979, the east wing of the nursing home was built, bringing the total number of beds available to 89. A new emergency room was completed in 1984. Over the years a number of hospital beds were converted for use as long-term care beds. As of January 1, 1990 our bed complement was 23 hospital beds (including ICU and Post Postpartum) and 66 long term care beds. The ever-increasing demand for long-term care beds instituted another building project in July of 1990. Upon completion of this project in the spring of 1992 our bed compliment changed to: 19 hospital beds (2 ICU and 2 Postpartum beds included) and 77 long term care beds.

In 2007 Sheridan Memorial expanded their outpatient services by converting the old basement storage area into a Rehab suite, including a hydrotherapy pool, 3 therapy rooms and a kitchen prep area for Occupational Therapy. This expanded area also hosts the Durable Medical Equipment and Home Oxygen Sales and Service department which was acquired in January of 2007, as well as the Home Health and Hospice department.

In November of 2008 Sheridan Memorial re-opened their small clinic to accommodate a need in our community. It first began as an Urgent Care Clinic run only in the afternoon. The Clinic patient base quickly grew as did the hours. In December 2010 Sheridan Memorial Clinic received their Rural Health Clinic designation and later expanded it's hours from 9:00 to 4:30, Monday through Friday. Clinic hours are currently 8:00 to 5:00, Monday through Friday.

Several changes have occurred with Sheridan Memorial Hospital Association over the years. One thing that hasn't changed, however, is our commitment to professionalism and high-quality health care. The importance of a rural hospital in communities like Plentywood cannot be overemphasized.

We want your opinion...

Tell Us Something Good!

Search our FastHealth page for all your basic needs and healthcare information to keep your family healthy.