Get the HealtheLife Patient Portal App on your hand-held device. 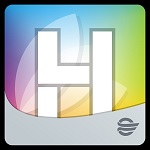 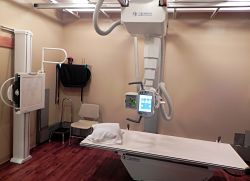 
A crooks tube, black photography paper and a plate coated with a fluorescent material were the start of the world of x-light. Roentgen investigated this accidental happening with such scientific vigor within a month and described x-radiation with nearly all the properties we recognise today.

Radiology uses x-ray tube and film with fixed or immovable images. Fluoroscopy uses a tube under the table providing the Radiologist with moving or dynamic images. The fluoroscope was developed in 1898 by Thomas Edison.

The era of modern radiolography grew over the decade. Important components were added. New tubes were invented to allow x-ray intensity and energy to be selected for accuracy. Transformer grids, buckies collimation and filtration were introduced, providing greater image contrast and safety for the patients.

With the development of x-rays, the world of Diagnostic Imaging has expanded over the recent decades. Diagnostic Ultrasound appeared in the 60's, Mammography PET (positive emission tomography) and CT (computed tomography) were developed in the 70's. Magnetic resonance imaging (MRI) became a modality in the 80's.

Chemical processing of radiolgoy film grew over the years and is now being enhanced with digital image capabilities. The combination of the two have brought the x-ray to the 21st century, as we know it today. Sheridan Memorial Radiology.

Get the HealtheLife Patient Portal App on your hand-held device.